Both Tel-Aviv and Jaffa are usually mentioned as two separate entities. Yet they share one common name with a stubborn hyphen connecting the two: Tel Aviv -Yafo. Officially being named “Tel Aviv – Yafo” may mean in certain cultures that they are a once-upon-a-time divided place reunited by a common name. Examples for that are Berlin and Beirut that were both split and later reunited.

Yet the case of Tel-Aviv and Jaffa remains complex. It seems that despite the stubborn connecting hyphen in the official municipal name of “Tel Aviv – Yafo” (dating 1949), reality still separates Jaffa from Tel-Aviv and vice versa. Why. Why does reality create borders when history tries stubbornly to unify and flatten down districts and neighborhoods into one narrative, place and culture?

Answers to this question are much longer than a blog post. So here comes a story.

What did I come up with?

After over a decade of researching, mediating, working with diverse local cultures, one image is clear: Tel-Aviv and Jaffa are like two urban sisters. Jaffa, the eldest (about 4500 years old) was named after her beauty (Yaffa/ Yafo in both Arabic and Hebrew mean beauty) and along all these centuries was very very rich: economically, ethnically, inter-religiously and culturally.

The second sister, a jealous rebel, is young (110 years old) conceived as a witty translation for a name of a book (German: Altneuland). Tel-Aviv preferred being new, hipsterish, white and dazzling.

So Tel-Aviv adopted Bauhaus, a techie and informal way of life and Jaffa remained for decades as the “other”: the old sister with her old city and historic port and many many layers of unspoken tales, cultures and realities. This is the exact same reality that till this day makes a people say: “I live in Jaffa” or: “Now, I live in Tel-Aviv”.

Back to the Map

So what I did was find a way to portray these two urban sisters connected rather than separated and united rather than split. It does not solve the pain, the grudges, the conflicts or complexities that lie at their feet. But it just means that they are here, constantly changing and growing and as a first step to cultural mediation – they would better offer recognition to one an other with some mutual respect and care.

And only if you look very very carefully, you shall manage seeing the border lines that separate one from another. 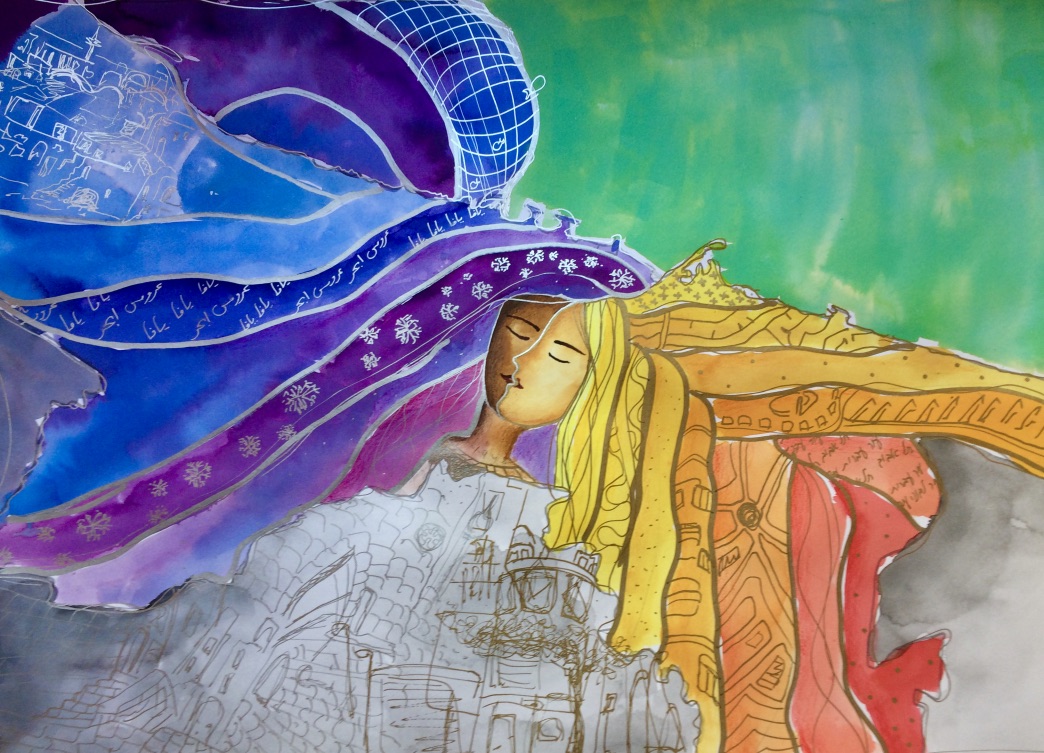 Tel-Aviv and Jaffa Illustration by S.I.Saray

Graffiti of Tel-Aviv: Shades of Pain