How would you define culture?

“Culture is about a place, people and the things that they do. Culture is music, dance, food and how you dress.” Dukurra pauses and then adds: “Culture is a hard question.” 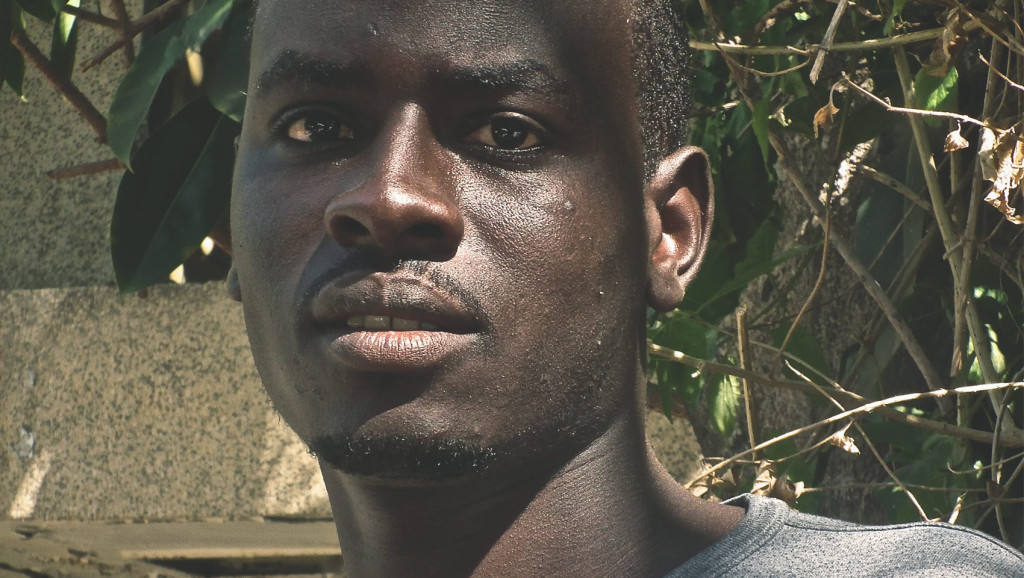 What do you miss the most from your home culture?

“The Ganjan dance, practiced mainly in weddings. It is like the disco in your culture. You see?” Although the more Dukurra describes the dance, its rules, social functionalities and special events in which it is practiced, discotheques may seem barbarous in comparison. “That is also how you meet girls, how girls meet boys. You start out with a dance. Here”, he says and takes out his phone, “this is of another tribe but its similar to our dance:”

When I remind myself of this dance, it always makes me  feel better.

What is your comfort food?

“Asida. It is a soup that’s very rich with vegetables, grains and sometimes meat. My mother’s Asida is the best and I could tell if its hers or not only by the scent.” When war forced his mother, with three daughters and two sons to leave his home village, Habila, became their new home town. “My father is married to four women so we’re a big family, 24 half brothers and sisters. Since I left in 2003, I haven’t been home. I was 15 the last time my mother and siblings saw me. Last time I sent them a photo of myself, they didn't recognize me. When I call home, my mum doesn't ask me: how are you, only: have you eaten? I also make Asida, it is not like hers, but it’s smell makes me feel a bit at home”.

Dukurra lived in Sudan, Egypt, Cameroon, Libya and for the last six years in Israel.

Since having left Habila Dukurra worked as a shepherd, worked in the charcoal industry, worked as a carpenter and many more. He traveled by foot, by donkey and vehicles, and has experienced a large variety of African and Middle-Eastern cultures.

His reply to the question: is it possible to change one’s culture and become part of a culture different from your original culture, begins with silence. When raising again his eyes, he softly says: “It is possible to change your culture, yes, you can change. But, its not an easy way. It takes time. For example,” he continues after taking a quick look around the hustling tel-avivian coffee shop we’re sitting in, “in my culture, when you meet a person in the street you say hi. Here: not. At the beginning, when I just reached Israel I said hello to people. Most of them didn't reply. After six months I stopped. People looked at me like this, you know, they thought I’m crazy.

Besides, when I arrived here, all of us, we were so afraid. Mainly, afraid of small things.”

Which things? “Little details like alarms on houses:maybe they’re recording what we’re saying? Afraid from taking a bus:people listen to your conversations and hear what you way. Everything alarms you. So you become quiet.”

Is there anything you would you like to change in the Burgo culture?

The marriage system. Because in western cultures everybody saves their money in their pockets. It is good about western culture. The Burgo marriage system is a problem because of making many children and then not taking care of them. It is hard, not enough money for all the kids. You know, at age ten twelve, kids are like birds. They are sent to fly. And that, is hard. In the future I want to create an organization that will explain why it is better to avoid marrying four women, why having fewer children is better. Why you should be the one choosing who to marry and not your father. Because when these arrangements go fast, you end up divorcing. In my tribe, it is a big problem. You know, kids aren’t exactly birds.”

What made you leave Habila at age 15?

I was curious. As a little kid, I recall, I loved looking at cars.  We used to run to cars that entered our village. I used to think: who made this car? How was it made? Where? I want to go and see that place. In Habila they live like in the Stone Age, my sisters are happy I think but I wanted to see more. Imagine: when you walk there at night it is all dark. No lights at all and you see only black. And I dreamt of seeing that place, where cars came from.”

After undergoing harsh experiences due to the governmental policies related to refugees and asylum seekers, Dukurra wishes to go to the USA. Having lived in Neve Sha'anan in Tel-Aviv

Dukurra experienced intolorance and racism created in the local Neve Sha'anan societies. Currently, Neve Sha'anan is a diverse festival of cultures that often clash. But amazingly, this neighborhood that is the most crowded in Tel-Aviv Yafo municipal authority is extremly vivid and diverse. As oppose to common stigmas and preconceptions Neve Sha'anancontains a rich human fabric that turns a stroll in it's streets into an astounding experience.

“I have friends in the US. Others were killed between borders of drowned while swimming in the Mediterranean hoping to reach Europe. When I speak to my friends in the US, I ask them: how are the Americans? How do they behave? What do they look like? Do they care about things, or they don’t really care about anything. You see, often only if you’re a criminal people speak to you. If not, you mind your own business. Friends there tell me that in the US you have a contract and then your employer has to pay you. Not like here. I also have a cousin in Alaska, now he’s studying and even has his own car. But you know, although I have friends that got to Australia, Canada and the USA, there is no place for us. I think our only place, is maybe in Africa. It is really hard to be."

Wondering: What to see in Tel-Aviv and Jaffa?